In this Development Blog we will present to you, two new models of the P-38 twin engine fighter. 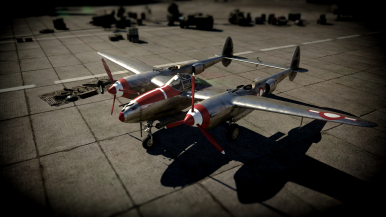 In a future update, players will be able to take advantage of a greater range of P-38 models that will be available to research. The P-38 is a fast aircraft, known for its good survivability due to its twin engine setup. It is also considerably well armed. The E model was one of the first combat versions of the P-38, following the D series. The P-38E received new frontal weaponry, a redesigned forward landing gear configuration and new aerodynamic fairings at the juncture of the central nacelle and the wing section. The addition of this aircraft in-game will serve to act as the beginning of the P-38 line in the US research tree.

An astonishingly beautiful aircraft! You can recognise this incredibly fast and powerful aircraft from afar, due to its streamlined shape.
Pilots of this aircraft have an excellent view from the cockpit, and the nose of the central nacelle is well armed with several machine guns and a cannon. It is impressive both in its beauty and its potential.

After developing Hamilton Standard props and them proving effective on P-47 fighters it was decided to try them on the P-38K. These were equipped with two powerful Allison V-1710-75/77 F15. The aircraft’s armour was upgraded too, as new bullet-proof glass and an armoured backrest were installed.

Q: Do these aircraft have opening cockpits?
A: The controls for opening the cockpit will be not be implemented immediately.

Q: Will there be historical ordanance loadouts for the P-38 and what different loadouts will there be?
A: Yes, there will be corresponding modifications of P-38 ordanance loadouts. For example, after some time the P-38G will receive bombing armament for 2000 pounds for normal configuration and also a version with M8 rockets. 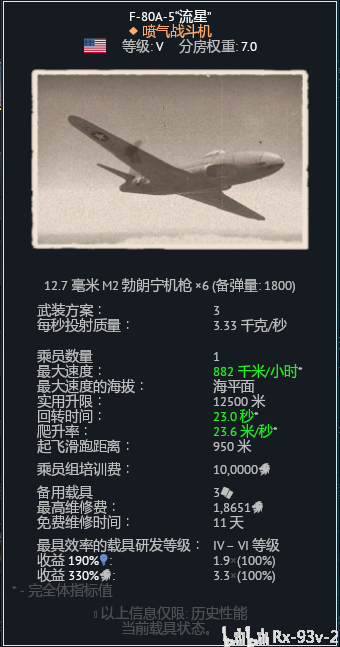 Q: Will the P-38K be premium or will it be included as an addition to the P-38 normal branch?
A: The P-38K will be a premium aircraft

Q: Does the P-38K have dive brakes as seen on the J variant?
A: No, the P-38K is just a P-38E with more powerful engines and new propellers, without any other changes.

Q: Will there be an early model of the P-38 armed with the 37mm M4 cannon in the future?
A: We will try to implement this.

Q: What will be the main difference between the P-38G and the P-38K?
A: The difference is in engines and propellers. P-38K has more powerful engines.

Q: But when exactly will this aircraft become available? Next major patch? Also, where will it be slotted? T4, or T3? Thank you so much for this addition.
A: With the next major update, T3 most likely.

9.Q: Why not introduce the P-38L which was built in greater numbers, was more powerful and also imho the most iconic variant?
A: The P-38E version is no less important for the Lightning series - this modification was the earliest Lightning in WW2. Later we will introduce the advanced modifications of the P-38.

Do not miss the Ground Forces Development Blog on Wednesday! We would like to proudly announce the major
War Thunder Update 1.53 'Firestorm'!

Introduction of the new Dagor Engine 4.0:

Changes in Locations and Missions