Code, create, and learn together Code, collaborate, compile, run, share, and deploy Scala (beta) and more online from your browser Sign up to code in Scala (beta) Explore Multiplayer Collaborate in.

Even when a version combination isn’t listed as supported, most features may still work. (But Scala 2.12+ definitely doesn’t work at all on JDK 6 or 7.) 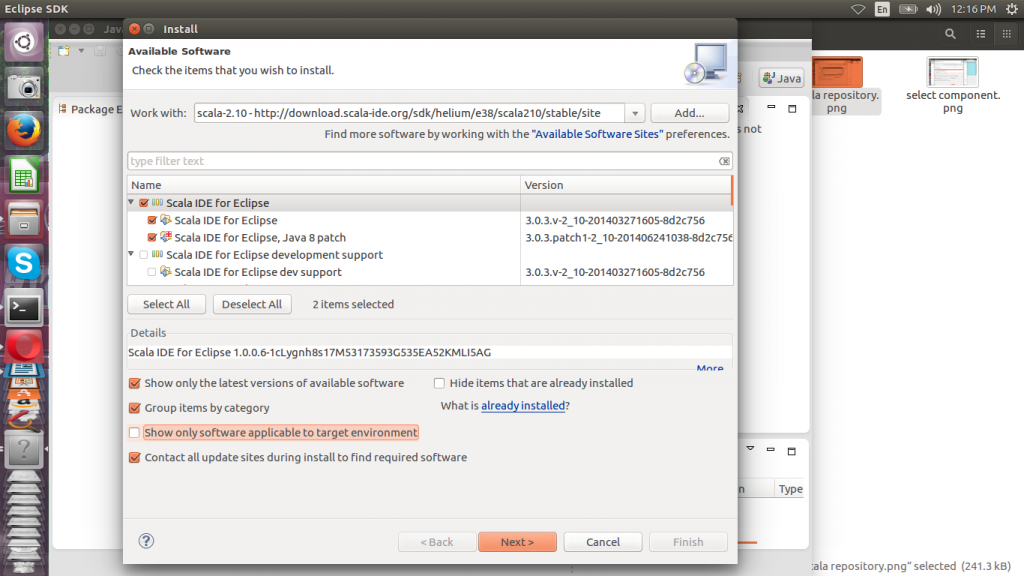 In general, Scala works on JDK 11+, including GraalVM, but it probably won’t take special advantage of features that were added after JDK 8. See below.

We generally recommend JDK 8 or 11 for compiling Scala code. Since the JVM tends to be backward compatible, it is usually safe to use a newer JVM for running your code, especially if you are not using JVM features designated “experimental” or “unsafe”.

If you compile on JDK 11+ but have users on JDK 8, additional care is needed to avoid using APIs and features that don’t exist in 8. Therefore, compiling on 8 may be the safer choice. Some Scala developers use JDK 11+ for their daily work but do release builds on JDK 8.

After Java 8, Oracle introduced the concept of LTS versions of the JDK. These versions will remain supported (by Oracle, and likely by the rest of the ecosystem, including Scala) for longer than the versions in between. See https://www.oracle.com/technetwork/java/eol-135779.html.

Scala provides experimental support for running the Scala compiler on non-LTS versions of the JDK. The current LTS versions are normally tested in our CI matrix and by the Scala community build. We may also test non-LTS versions, but any issues found there are considered lower priority, and will not be considered release blockers. (Lightbend may be able to offer faster resolution of issues like this under commercial support.)

As already mentioned, Scala code compiled on JDK 8 should run without problems in later JVMs. We will give higher priority to bugs that break this property. (For example, later in the 2.13.x series we hope to provide support for JPMS module access checks, to ensure your code won’t incur LinkageErrors due to module access violations.)

In almost every case, you’re free to use the JDK and JVM of your choice.

JDK 8 users typically use the Oracle JDK or some flavor of OpenJDK.

Most JDK 11+ users are using either OpenJDK or GraalVM.

OpenJDK comes in various flavors, offered by different providers. We build and test Scala using AdoptOpenJDK in particular, but the differences are unlikely to matter to most users.

The Scala compiler does not enforce the restrictions of the Java Platform Module System, which means that code that typechecks may incur linkage errors at runtime. Scala 2.13.x will eventually provide rudimentary support for this (perhaps only in nightlies built on JDK 11). 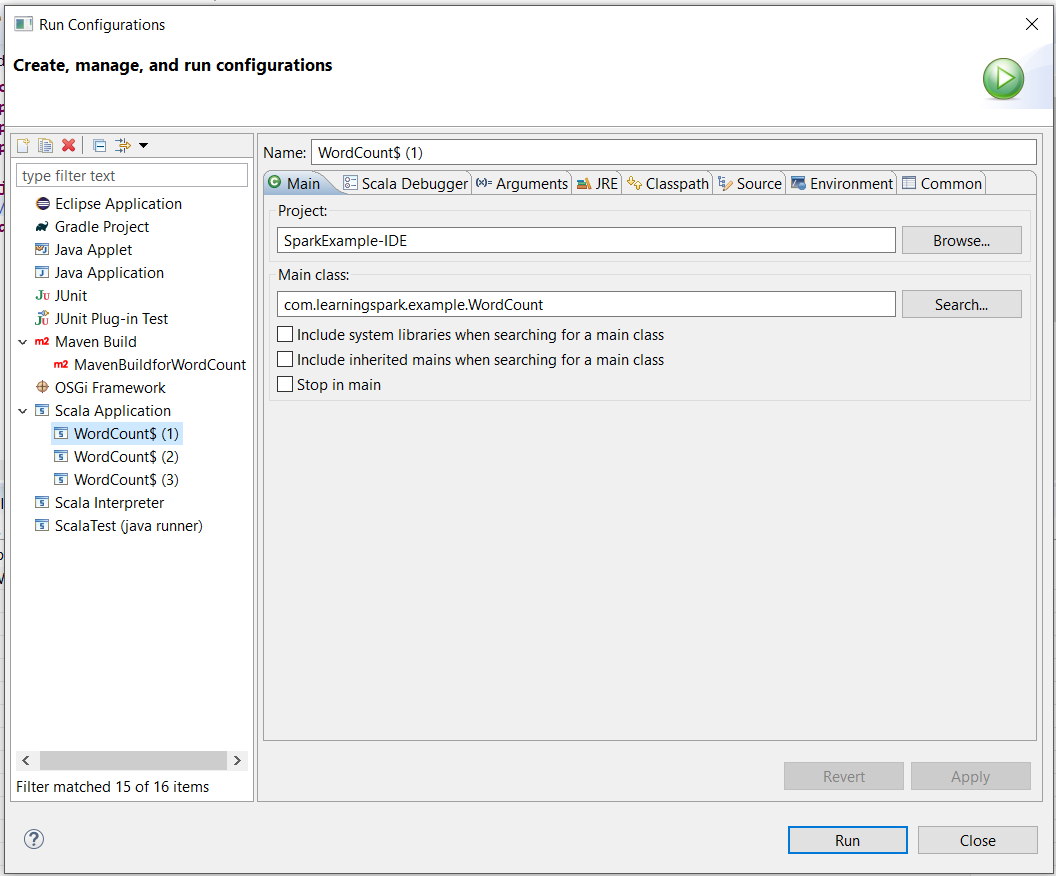 As of October 2020, the jdk12 and jdk13 labels in scala/bug have no open bugs. New issues will likely be reported against the newer non-LTS jdk14 label and jdk15 label and jdk16 label or the LTS jdk11 label.

JDK 16 was released in March 2021. It is not an LTS release, so the remarks above about non-LTS releases apply. The next LTS release will be JDK 17.

JDK 17 prereleases are already available. The final release is targeted for September 2021. JDK 17 will be an LTS release.

The Scala community build doesn’t run on JDK 17 yet. We will add it once 17 is closer to release.

As Scala and the JVM continue to evolve, some eventual Scala 3.x version may drop support for JDK 8, in order to better take advantage of new JVM features. It isn’t clear yet what the new minimum supported version might become.

Contributors to this page:

This tutorial will explain how to create a Spark project in Scala with Scala IDE and Maven and how to run a sample code.

Once the Scala IDE is opened then start creating first maven project. To create first project , please follow below steps.

Right click on the code -> Run As ->Scala Application 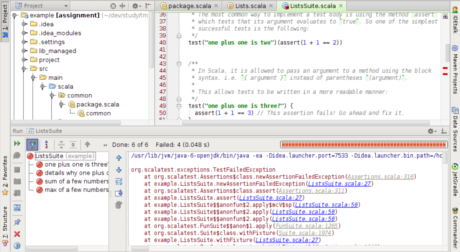 I hope this will help you. Please feel free to comment suggestion to improve it.