The Saath Nibhaana Saathiya 2 starts with Gehna asking Sagar why he attacked Radhika, he narrates the whole incident and days that she is a bad Aunty. Gehna tells him that he is a good boy so he shouldn’t do something like that, he promises that he won’t. Hema thinks that she and her brother weren’t good to Gehna but still, she forgives them and took a stand for them. Gehna tells Sagar that she will get food for him. Radhika tells Anant that Gehna did a mistake by bringing Sagar home. Gehna enters and hearing their conversation is about to leave. Anant stops her, she says she thought they discussing something important. Anant says that we don’t even know if Sagar is really ill or acting. Gehna says that a woman knows when a man has bad intentions, and Sagar doesn’t. She tells him that even he has taken many decisions alone like bringing an outsider into the house, but she trusted him, so he should trust her as well. Radhika asks her how she can call her an outsider. Gehna says she is not an insider. Radhika says Sagar is dangerous. Gehna says he gets violent when provoked, so she should stop interfering in family matters. Radhika tells her that she can’t misbehave with her. Anant tells Gehna to stop misbehaving with Radhika, Gehna apologises and says she shouldn’t interfere and goes away. Anant says don’t take her wrong, Gehna is so good that she sees good in others and he is worried for her.

Gehna makes Sagar eat food and medicine and puts him to sleep. She tells Tia to stay beside him while she goes and cooks. Tia thinks that Sagar can get better living in this house. Radhika comes to Kanak complaining about Gehna. Kanak says that she should be happy as Sagar will ruin Anant and Gehna’s love story. Radhika asks her how she shows her the medicine bottle that Gehna gives Sagar she tells her that she exchanged the bottle with something else that will worsen Sagar’s condition. Radhika praises her.

Gehna with the whole family waits for the result. Radhika comes in and asks what they are waiting for. Anant says that it’s Gehna’s result. The website opens, Gehna puts her roll number and looks at the mobile sadly. Everyone asks what happened. Bapuji tells Gehna don’t to be sad. Radhika says she will pass next year and she should be happy that she tried. Anant tells her not to worry as she worked hard. Gehna says that she secured first class. Anant becomes happy and tries to hug her. The whole family rejoices. Paresh says they need a party. Sagar comes out dancing saying mummy passed so he wants a party. She says she will give. Paresh says Gehna should cook as a party is incomplete without it. Radhika says she will bring food as she didn’t bring any food for Gehna. Radhika thinks that she will cook tastier food and impress everyone.

Radhika is preparing food and asks Kanak to taste it, she says it is yummy. She says she wants to cook the best for the Desai family as they are habituated to Gehna’s bland food. She tells her that Anant used to like continental and international dishes but now has to eat Gehna’s bland food. Sagar comes and scares them, they shout at him. He says he came to apologise as his mummy told him to respect elders. Radhika says okay. Kanak tells Radhika to concentrate on defeating Gehna. Saath Nibhaana Saathiya 2 is a story of a girl named Gehna, who gets married in the Desai family under unprecedented circumstances. Gehna first worked as a maid in this family. The new Cast Gehna Desai of Saath Nibhaan Saathiya 2 is in the discussion. 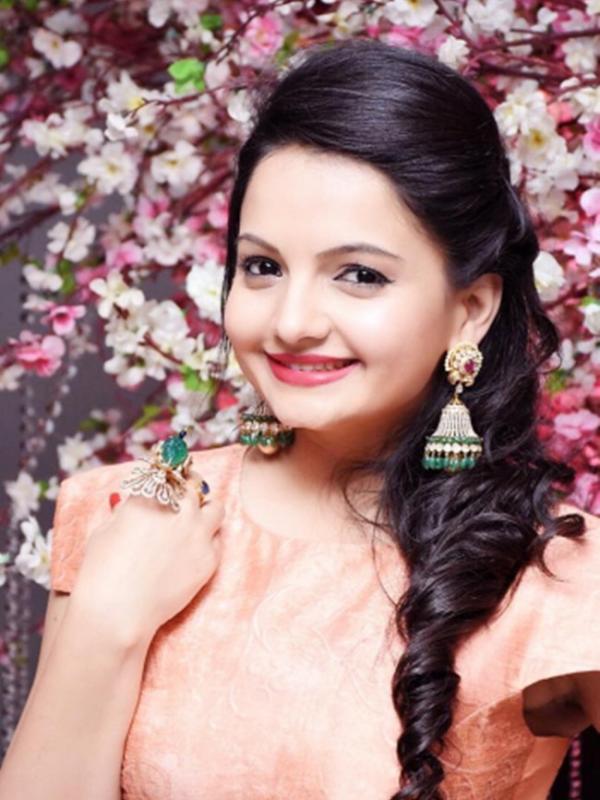 In this popular serial, Rupal Patel is making a comeback again and will once again be seen playing the role of Kokilaben. The first season of the Saath Nibhaana Saathiya was viral on the same lines, and the audience is also in love with the second season. They were very fond of it. And the same passion is also getting the second season of the show on behalf of the audience.

The second main character of the show is Gehna Desai, whose character is played by Sneha Jain. Besides, Anant Desai’s character will see harsh nagar, which is in the character of Gehna’s husband. The same beautiful cast also has aspirational, which will appear in Kanak Desai’s role. If it is a unique appeal star Cast, Devoleena Bhattacharya will again appear in gopi multi-character; Mohammad Nazim will return to Modi’s character and will be seen playing double rolls.

Well, Saath Niabhaan Saathiya 2 is known for its powerful Star Cast. Besides, Pollen will be seen as Manish Arora as Modi, Swathi Shah as Hetal Modi, and Vandana Vithani as Urmila Shah. The main Cast request of the TV serial is the real name of Roy Chaudhary. So here we have given full details of the Star Cast of Saath Nibhaana Saathiya 2.

If the showtime of this TV serial was over, the first episode of the serial premiered on 19th October 2020. The serial is broadcast on the Star Plus channel from 19th October to Monday to Friday at 9 am. This popular TV show is made under the banner of Rashmi Sharma Telefilms. Well, many new faces are associated with Playing With Saathiya 2. In this article, we have explained the cast name, real name, photo, etc., of Saathiya 2.

What is the real name of Gehna Desai?

What is the real name of Kanak Desai?

What are Kokila Modi's real name and age?

One of the Saath Saathiya series’s key characters is Rupal Patel, now popularly known as Kokila Modi, who is currently 46 years old.