Kasturi is an Indian soap opera that aired on STAR Plus channel from 23 April 2007 through 31 March 2009.[1][2] The soap opera was created by Ekta Kapoor and was produced by her production company Balaji Telefilms.[3][4][5]

Kasturi revolves around Kasturi Chawla, a young woman from a middle-class family. After graduating from university, she begins working for Robbie Sabharwal - a spoilt, arrogant, yet immensely popular rockstar.

Robbie and Kasturi take an instant disliking to each other due to the difference in their class, values and morals. Kasturi befriends Robbie's best friend Raunak (Jatin Shah), who seems to respect and understand her beliefs. As Robbie and Kasturi spend more time together, they start to fall in love and eventually confess their feelings. Their relationship is short-lived, as a misunderstanding causes Robbie to believe that Kasturi is cheating on him with Raunak.

After Robbie and Kasturi split up, Raunak proposes to Kasturi and she accepts after brief hesitation. On the day of their wedding, Robbie comes to know that he had misunderstood Kasturi and Raunak's relationship. He apologizes and begs Kasturi to reconcile with him, but she denies on the basis that their relationship has no future due to his constant lack of trust in her.

Raunak and Kasturi's wedding is followed by a series of events where Robbie tries to sabotage their relationship, but his attempts backfire and bring Raunak and Kasturi even closer. Soon, Raunak dies in an accident and Kasturi starts to believe that Robbie killed him. She sets out to take revenge by marrying him, under the pretext of moving on, and then makes life a living hell for him. Her plan seems to succeed and Robbie ends up in coma. However, Kasturi is shell-shocked when, in Malaysia, she comes face to face with Raunak, who is very much alive.

Raunak smugly tells Kasturi how he has been toying with her all along and how he has been the sole cause of her misery. He explains that he had always secretly resented Robbie because he (Robbie) gained fame and popularity while Raunak had not. So when he realized that Robbie/Kasturi broke up, he decided to get even by deliberately marrying Kasturi to hurt Robbie. Then he faked his own death to frame Robbie for murder. The person who helped him engineer this plot turns out to be Robbie's sister Shivani. She and Raunak have been in love since childhood, and she loathes Robbie with equal passion. The two of them tell an appalled Kasturi that their next move is to kill Robbie to get their hands on his wealth.

Kasturi returns to India, but finds out that Robbie (who has now recovered) detests her for making him suffer for a crime he didn't commit. Eventually, one incident leads to another and Robbie/Kasturi reunite - only to have Raunak re-enter their lives and torture Kasturi on a daily basis, as she's the only one who's aware of his true intentions. A lot of twists and turns follow - Maasi (Robbie's maternal aunt) enters the picture and is revealed to be in cahoots with Raunak. Kasturi is shot, falls off a cliff and loses her mental balance.

Robbie lets her stay in his house, but she behaves like a child and can't remember anything about her past. Shortly after that, Raunak's true colours are exposed to everyone and he's sent to prison. However, everyone is still unaware of the fact that Maasi was in cahoots with him. Another accident returns Kasturi to her normal state. Once again, she and Robbie reunite.

During the preparations for Robbie and Kasturi's wedding, a middle-aged businessman named Kabir Dhanrajgir is introduced to the story. Kasturi finds out that a significant portion of Robbie's property has been sold, and that Kabir acted as a catalyst to it. When she begs him to fix the situation, he blackmails her by saying that she would have to marry him for that. On the day of her wedding, she leaves Robbie and marries Kabir.

Robbie resorts to drinking and sleeping around to keep his mind off Kasturi. On the other hand, spending time with Kabir makes Kasturi realize that he is a kind-hearted man but doesn't share a good rapport with his two grown up children, who term him as a failed parent.

But after that Robbie gets to know that Kabir is not a good person and has killed his 3 wives. Knowing this Robbie tries to get Kasturi out of this mess by telling about Kabir; but Kabir blackmails Robbie that he will kill Kasturi's parents. Kabir dies by falling from a cliff. Kasturi comes to know the truth after his death.

Robbie again wants to marry Kasturi but his mom Devika scolds Kasturi for spoiling his life. So Kasturi leaves the house without telling anybody and goes to live with her friend Sanchi. Robbie goes to meet Kasturi and finds out that she went away. He goes back to his mom and tells her that he hates her for separating them. Kasturi starts working in the office of Gayatri Devi. There she meets 3 brothers—Abhi, Ajay and Adwit—and solves their problems. Robbie is very sad thinking about Kasturi, when his daddy comes and tell him to start singing again for him. Kasturi's employers want to organize an event and they want Robbbie to start the event. Kasturi is there, too. She gets lost in the memory of her and Robbie's love. When Abhi calls Robbie he says that he has stopped singing. Kasturi is thinking about Robbie and Robbie is thinking about Kasturi. At the end, when Kasturi is about to be married to one of the three brothers, he finds about her and Robbie. Then Robbie and Kasturi marry and all is well.

Kasthuri is an Indian actress, model and television presenter who has appeared in Tamil, Telugu, Malayalam and Kannada language films.

She had her schooling in Madras and started modelling while in high school. She won the Miss Madras title in 1992.[1] Kasthuri debuted in the Tamil film Aatha Un Koyilile (1991). In the early 2010s, she made a comeback and took on roles as a supporting actress and as a television host.[2]

After graduation from Ethiraj College for Women, Kasthuri won Miss Chennai in 1992. Being a state-level hockey champion and an RD cadet in air force wing is one of her many accomplishments from her youth. ‘Beauty with brains’. Not only was she a successful model, but also, she was a finalist in the BBC’s Mastermind India 2000 quiz. Her acting career began in 1991 with the film, Aatha Un Koyilile (1991). From working on small budget Tamil films, she went on to work into more mainstream movies alongside legends, such as Kamal Haasan in Indian (1996). A 30-minute documentary film, Kasthuri: A South Indian Film Star, was released as a tribute to her success in the film industry. She gained attention for her acting skills in Annamayya (1997) and dance performance in Kaadhal Kavithai (1998). After her marriage she took a break from her career and settled in the USA.

However, she decided to make a comeback as a supporting actress and television host. Her debut comeback film was Malai Malai (2009) and also worked on Vina Vidai Vettai (2013-2014) for Puthuyugam TV. Kasthuri raises her voice on social issues by writing a column in The Times of India newspaper occasionally.[3]

Kasthuri works as quiz master at staged events and on television. She had taken an early interest during childhood in participating in quiz events, and later continued making competitive appearances, and notably appeared as a contestant on BBC's Mastermind India in 2000. She later made a comeback to hosting television-based quiz shows in the 2010s, and worked on Vina Vidai Vettai for Puthuyugam TV.[5]

After rejecting the opportunity to appear on the Tamil reality television show Bigg Boss Tamil in 2018, she joined the third season of the show in 2019 as a wildcard contestant.[6]

After that, she made her comeback to Telugu audience in Intinti Gruhalakshmi serial which airs on Star Maa now.[7] 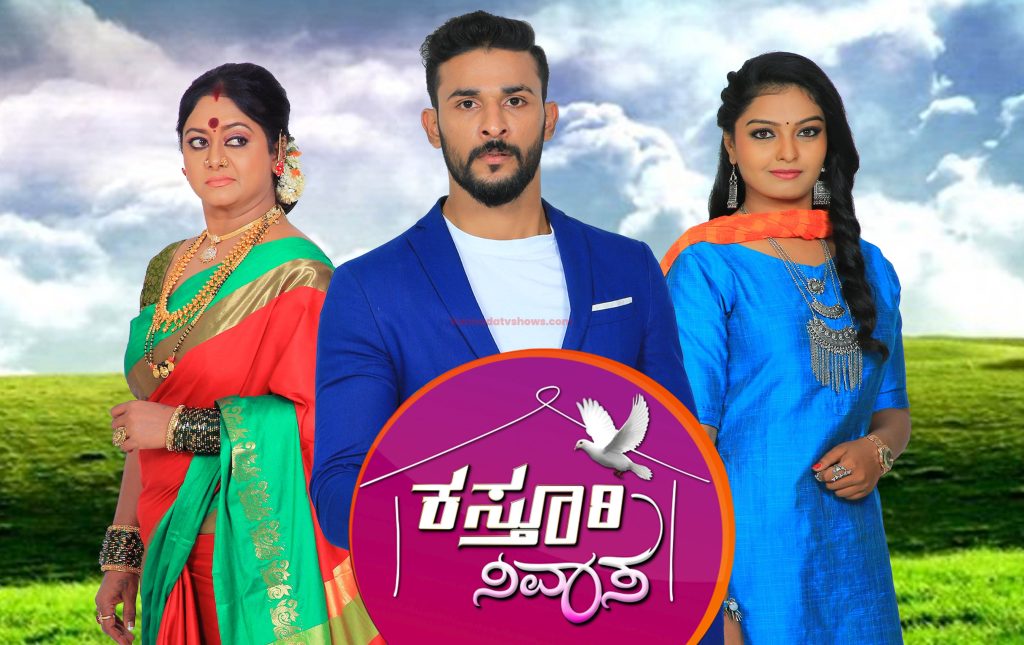 Kasthuri is an active commentator regarding social issues through an occasional column with the Times of India and via Twitter, and her tweets have sometimes elicited debate in the media.[8] In early 2017, she questioned Rajinikanth's ability as a potential politician, and her opinion garnered criticism from the actor's fans.[9][10] In late 2018, she criticised Rajinikanth's ignorance over the Rajiv Gandhi assassination case and engaged in a further exchange with Rajinikanth's supporters.[11] Kasthuri spoke out as a part of the Me Too movement in India, suggesting that her reluctance to give into patriarchal behaviour meant that she was removed from several film projects. She revealed that one male actor took a particular vengeance against her for her rebuff to his advances, and subsequently made it difficult for her to work on other projects.[12][13][14]

In 2014, she was photographed as a part of Jade Beall's book The Bodies of Mothers: A Beautiful Body Project.[15] The images from the shoot were later illegally shared by Indian websites, and Kasthuri announced that she would take legal action against the sites. 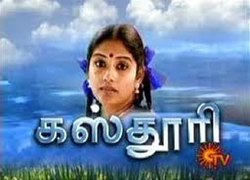 She married Ravikumar in 2000. The couple have 2 children, a son and a daughter. Her daughter is a leukaemia survivor.[12]