This is a subreddit for War Thunder, a cross platform vehicular combat MMO developed by Gaijin Entertainment for Microsoft Windows, macOS, Linux, PlayStation 4, and Xbox One. The game is based around combined arms battles on air, land, and sea with vehicles from the Spanish Civil War to today. MERCH: Air TargetsConvergence: 400mManual Engine Control settings:1440p video!F100 has good performan. The F-86 is considered one of the best fighter jets of the Korean War. It is the most-produced Western fighter, with almost 10,000 aircraft produced by the US, Australia, Canada (as the re-engined CL-13), Italy, and Japan. The F-86 was developed by North American Aviation, the creator of the venerable P-51 Mustang.

The North American F-100 Super Sabre (named Hun from Hundred) was the first supersonic jet fighter aircraft that served with the United States Air Force (USAF) from 1954 to 1971 and with the Air National Guard (ANG) until 1979. The F-100 was originally designed as a higher performance substitution to the F-86 air superiority fighter. Adapted as a fighter bomber, the F-100 flew extensively over South Vietnam as the Air Force's primary close air support jet until replaced by the more efficient subsonic A-7D Corsair II. The F-100A officially entered USAF service on 27 September 1954 with 479th Fighter Wing. The definitive F-100D aimed to address the weapons shortcomings of the F-100C by being primarily a ground attack aircraft. 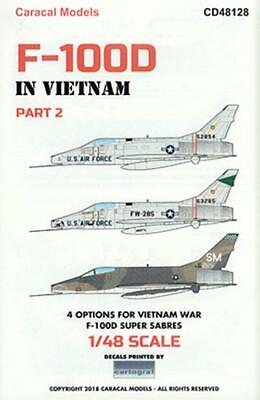