Star Plus show Ek Haseena Thi completed 100 episodes and the cast and crew of the show celebrated this momentous occasion. Watch the video to know more. Ek Hasina Thi Episode 76.

The Episode starts with doctor asking Durga to get admitted in big hospital. Durga requests him not to tell anyone, she knows she is playing with her life, but she wants him to keep it hidden. She comes out. Dev asks the doctor about her. The doctor says she is fine. Dev asks can I take her home. He says yes and leaves. Durga says no Dev, I won’t go home, I will go to meet Payal. Dev and Durga reach the godown. Durga is glad seeing Payal fine. Payal hugs her and smiles. Dev sees Akash and Rishi. Akash asks Durga is she fine. Durga says yes, I m fine Akash, its light wound. Akash asks is she sure, as Dev told him everything on phone. She says its all fine. She sees Rishi and walks to him. She says now I know why is Payal saying she is safe with you, as you were not a part of Shaurya and his friend’s crime.

Payal says yes, he did not touch me that night. Durga thinks Payal ran that day because of Rishi and she noticed Rishi and payal were seeing each other in court case. Durga says I know you did not crime, but you stayed quiet in the court, Payal and her family paid a big price for it, how much Goenkas paid you, you are a coward. Rishi says yes, I can’t forgive myself. I m ready for any punishment, even if its death. Payal says even she was quiet, as I did not wish to trouble Nitya, I did not tell Nitya that Rishi helped me in running that night. Rishi says he was a coward before, but now he could not keep quiet, when he came to know about Shaurya’s kidnap plan, I got here from rehab centre. He says sorry for no informing them.

Dev asks if this case reopens, are you ready to give your statement. Rishi says yes. Durga says no use, I know what to do in three days. Dev asks what do you mean. Durga says we have to take Payal to safe place. Dev says no, the safe place is only this, we can’t take her. Akash says I agree with Dev. Rishi says Payal is safe with me, I will be her like shadow. He says its only chance to do something good, please Durga trust me. Durga agrees. Akash asks Durga not to worry, as he will keep an eye on Payal. Durga says someone has tried to kill Dev again. Shaurya made Tarun give wrong info to him, it means Shaurya is behind this. Akash says he is doing this being on wheelchair. Dev says like father, like son. Rajnath killed my dad and Shaurya wants to kill me.

Durga says yes, but Shaurya is at my aim. She gets headache. Dev asks is she fine. Durga says yes, I m ok. Dev says we can end the story here, we have proof against Rajnath and even Rishi is ready to give statement, we can send them to bars in one stroke. Durga says no, they can get bailed. She says I will make Shaurya admit his crimes, which no court will deny. Dev asks how will this happen. She says it will happen, I have this plan, he will admit all his crimes in three days. Rajnath and Sakshi will be ruined forever, and thinks she can’t die before this.

Dev and Durga come home. Durga says thank God, mum did not see us coming, else she would have worried seeing the bandaid. I will remove this. Dev says let it be and takes care of her. He says you should have been in hospital for one day. She says I m fine, we don’t have much time, we have to turn our plan in action, we have to use doubt in Goenkas. She says we have to make them doubt each other and break their trust and unity, they will think about saving themselves and make some mistake. She says Baba always said we should make enemy’s weakness our strength.

Shaurya whistles and comes to his room. He sees Sakshi and says I did not know you like my whistle so much, why are you sitting in dark. She says I think our future is dark. He asks why is she saying this. She asks whom did you kill today. He says my aim missed, but tomorrow the target will be right and the bullet will be directly at heart. She asks why is he impatient, they have saved him, don’t he trust them. She gives him Dayal and Durga’s DNA report and says Durga is not Dayal’s daughter. Shaurya is shocked. She says she is after Durga and Nitya like a shadow. She asks him to leave the country for few days. She asks him to meet a girl for his marriage and she will manage, she will kill Dev, she does not have any option. She says about Durga, she is weak after Dayal’s death, once I kill Dev, Durga will be finished. She says Nitya has to come out, and I will handle Durga, Nitya and Payal, I will just kill them.

Shaurya asks her to be a typical mum and cook food for him. He says you can be happy seeing this stamp on paper, not me, as I seal the deal myself. He says once I get Durga, then I will do whatever you say. He says you leave from my room, I m tired and I have to think about planning ahead. He opens the door for her and asks her to go else anyone can see him. He holds her hand and says he does not have habit to repeat his words and kicks her out. He shuts the door on her face. Rajnath sees this and laughs on Sakshi. He says which I could not do in all these years, Shaurya has done it, he has broken you from within completely, its fun to see you like this.

He taunts her and laughs. Dev and Durga see this standing far. Durga smiles and says we just have to ignite and their lives will have fire. Dev asks did you call Basu. She says yes, Sakshi can’t bear what happened tomorrow. Durga asks the servant to cook breakfast and gives instructions. Sakshi is surprised seeing her calm and asks about her deal. Durga says she did not think this. Sakshi tries scaring her about Payal’s state. Durga says fine, I decided. She says I will keep Nitya, you keep Payal. Sakshi is shocked. Durga smiles.

Precap:
Rajnath tells Sakshi that we have to give Shaurya to police if she tells the truth. Shaurya says nonsense. Rajnath says he did not step back to save his business and kill his brother, don’t force me to do this again. 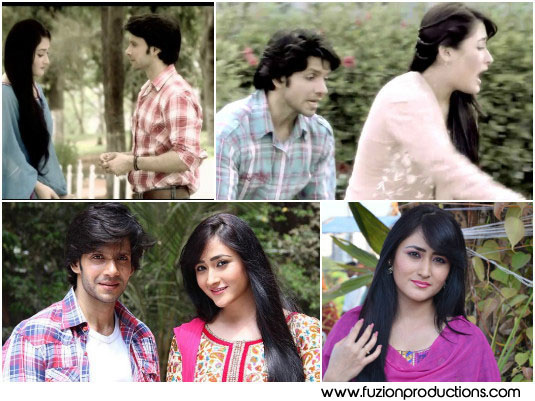 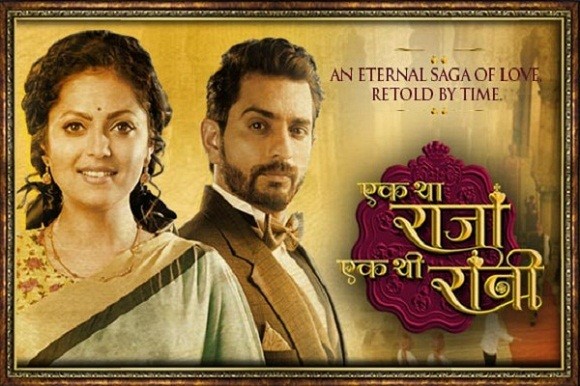